According to reports from 2 March 2016, Chinese vessels have taken over control over Jackson Atoll (Spartly Islands) from Philippines.

The atoll is not populated and had not been protected by Philippines. However, it has strategic significance, since it is located on the route between Philippines and other Spartly Islands under the Philippines’ control further west.

On 8 December 2015 USA and Singapore agreed on deployment of American P8 Poseidon maritime surveillance planes to Singapore. Activities of these surveillance planes are related to the American efforts directed at curbing China’s attempted expansion in the South China Sea, and to the wider geopolitical game ongoing in the Indo-Pacific Region.

P8 Poseidon planes are also deployed by USA from Philippines and Malaysia. 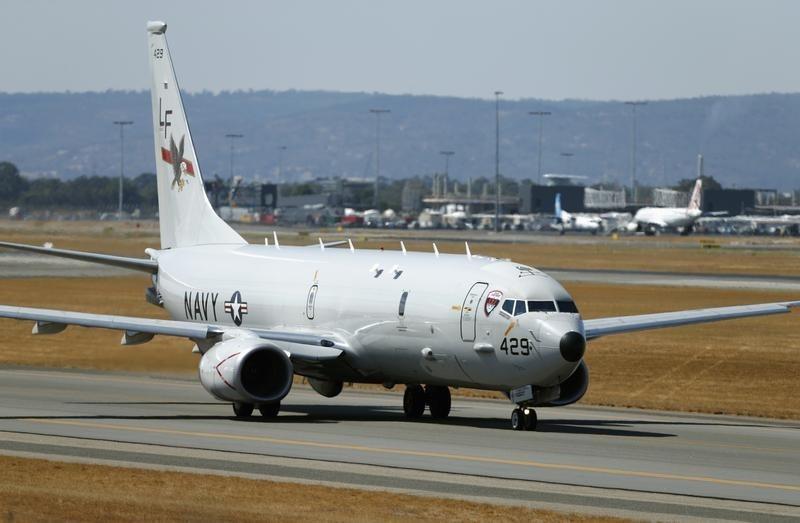 It was announced on 25 November 2015 that US keep increasing military financial aid to Philippines, which already is one of the largest recipients of American military aid in East Asia.

Though an island nation, Philippines has no real fighting navy or air force, which renders it virtually helpless in the face of China’s territorial ambitions. US military aid won;t be able to change this reality quickly, but it obviously pushes into that direction.

Philippines is one of the key American allies in the geopolitical game unfolding between US and China in the Indo-Pacific Region.

China has completed its construction of the airstrip on Fiery Cross Reef. This is the second new airstrip on disputed islands of South China Sea after the one constructed on the Woody Island.

Fiery Cross Reef is a part of the Spartly Islands, which China seeks to claim as its own against competing claims by Vietnam, Philippines and Malaysia. China has been conducting works on a number of islets and reefs in order to artificially increase their territory to use it for various facilities, including, crucially, airstrips. These airstrips can then be used for military air patrols of the disputed waters of South China Sea.

China’s sovereignty over South China Sea would mean its control over a crucial waterway of global importance, seriously strengthening China’s geopolitical position. That is why Chinese claims of such sovereignty are resisted not just by countries like Vietnam and Philippines which would be affected in terms of territorial loss, but also by key maritime powers invested in security of Asian sea routes – U.S., Japan and India. Chinese air bases in the midst of the disputed waters constitute a serious step towards actual enforcement of Chinese territorial claims. This is the road which will eventually lead either to China’s unilateral success if the opposing powers don’t dare to draw and enforce a red line, or a potentially dangerous confrontation if they do.